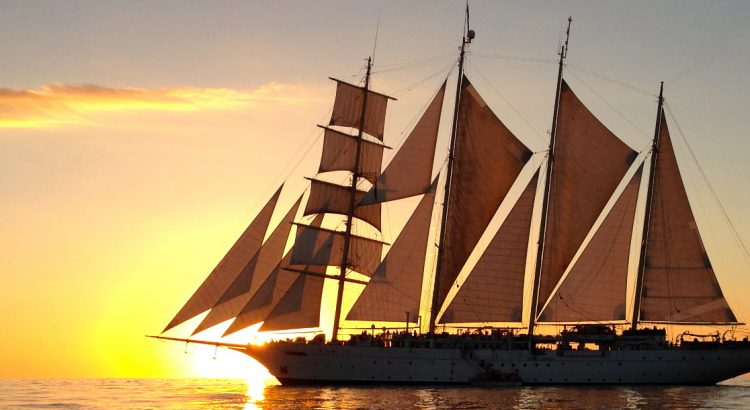 Star Clippers is already projected to 2020. The shipping company of the Principality of Monaco presents a series of innovations and is receiving a good number of reservations for the next year departures, for the period from April to October 2020.

The flagship of the Star Clippers is Royal Clipper, inspired by the legendary Preussen and today the largest sailing ship and the only five-masted square-rigged ship (after its predecessor which was launched at the beginning of the last century). With 42

sails and 134 meters long, Royal Clipper will touch different ports in the western and eastern Mediterranean, including Stintino, Propriano in Corsica, Korcula and Zadar in Croatia.

For the next summer season the twin stars Star Flyer and Star Clipper – elegant, fast and modern cruise ships, considered two jewels of the sea, but which allow to relive the atmosphere of the proud galleon period – will sail respectively in the eastern Mediterranean, between Greek islands and Turkish coasts and in south-east Asia towards the archipelagos of Thailand, Malaysia and Indonesia.

The novelty for 2020 is that for the first time Star Clippers will arrive in Cambodia, a country that will be a stop for itineraries that are unpublished, which include 11-night roundtrip cruises departing from Koh Samui, Sihanoukville, and excursions to places such as the Angkor Wat complex.

Although this is still a niche product for the Italian market, cruises aboard the Star Clippers are well known, have an unparalleled charm and are also taking hold in our country.

Among the benefits for guests on board, in addition to the great attention to international catering, the Monegasque company confirms the proposal of yoga and meditation courses; on some sailing ships, haute cuisine lessons are organized by great chefs; the company also organizes a rich program of events on board and on land to satisfy even the most demanding guests.