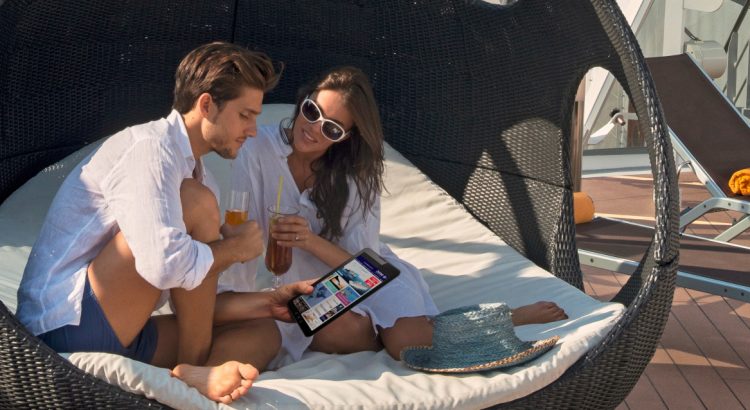 CLIA, the International Cruise Industry Association, made a conclusion that Italians are the youngest cruise passengers in Europe based on the data analyzed from 2018. The average age of Italians aboard a cruise ship in 2018 is 43 years old, against an average of 50 in Europe, 57 for the British, 49 for the Germans and 46 for the Spanish.

Italy remains the third country as a market of origin in Europe (12% of the continental market with a total of 7.17 million passengers), preceded by Germany (31%) and the United Kingdom (27%). However, the growth rates of Italy are more than double comparing with those of the latter.

There still retains significant margins in cruise industry, given that today it represents only 2% of the 1.4 billion tourists who travel around the world each year. Born just over three decades, in fact, it has already seen the number of total passengers increase from 3 to almost 30 million in a short time with the prospect to reach 40 million cruise passengers by 2028.

There has been a lot of changes in the offer influenced by the trend. With more varied and multiform offers, it is able to respond to different requests from customers. In fact, fleet units are increasing in both numbers and targeting.

Among the favorite destinations, CLIA indicates that half of the Italians continue to go for the Central and Western Mediterranean, one in four for the Eastern and one in ten for the Caribbean. Among the various destinations, there are also Northern Europe (6.2% of Italian cruise passengers in 2018), Africa and the Middle East (2.9%), Baltic Sea (3.2%) and transoceanic travel (1.5%).

The Trend of Mini-Cruises in Italy

As for Italy, in 2017 mini-cruises from 4 to 6 days increased by 43%, while in 2018 those from 1 to 3 days by 23% and those from 14 days by 40%. Therefore, even if the average duration of a cruise remains 7 days, the offer has also diversified in terms of time. And it should be noted that the participation of twenty- year- olds and thirties has increased by 3%, which obviously contributes to lowering the average age of Italian cruise passengers.