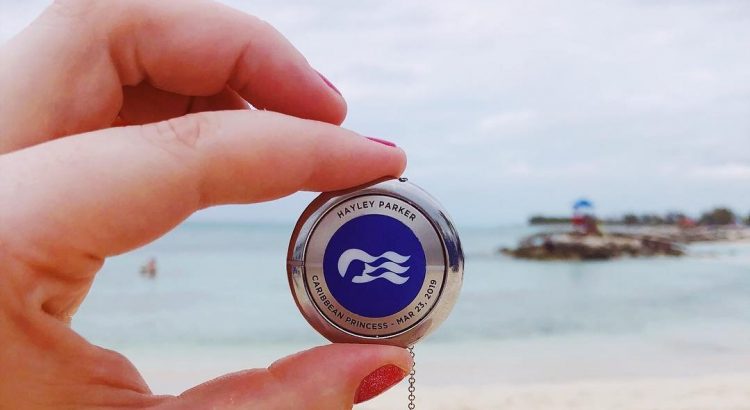 The Princess Cruises, a US shipping company specialized in the tourist cruise sector, is expanding the Ocean Medallion Class, which is the number of ships that will use the technology linked to the new and avant-garde Ocean Medallion device.

Six units of the Princess Cruises fleet will be equipped with this service, leading to a total of 11 ships involved in the cruise company project.

The Ocean Medallion is a device very similar to a smartwatch, elegant and trendy, but unlike the most well-known wrist devices it has no power, charge or navigation keys, and instead is equipped with an interactive platform pre-installed, capable of provide the guest with an extreme customization of all the services on board.

Among the many features offered by the device, there are: Ocean Readytm , for embarking and disembarking operations; Stateroom Access, for opening the cabin door; Here & Nowtm, for food and beverage orders with delivery based on where you are; There & Thentm, for food and drink orders but with delivery based on where you expect to be at a particular time; Ocean Conciergetm, with personalized service according to your preferences and Ocean Navigatetm, for the quick location of family and friends on board. The Ocean Medallion will be provided free on board and, in addition to being worn on the wrist with rubber bands that will make it look like a watch, it can also be worn around the neck like a necklace or kept in a pocket .

On the Medallion will be engraved the name of the guest, that of the ship and the dates of embarkation and disembarkation of the cruise. With Ocean Medallion the guest can interact with the other devices on board, with the interactive screen in the cabin and in other areas and with their smartphone.

The new units that become part of the Ocean Medallion Class in 2020 are the Ruby Princess (January 27th), the Grand Princess (March 29th), the Emerald Princess (August 16th), the Coral Princess (October 16th) and the Island Princess (December 20). And also the Enchanted Princess, which will enter service on June 15 next year, will be equipped with the new technology.

Ocean Medallion is currently available on Caribbean, Regal and Royal Princess. For the current year, it will enter service on July 24th on Crown Princess and will be present on the new Sky Princess flagship on October 20th.