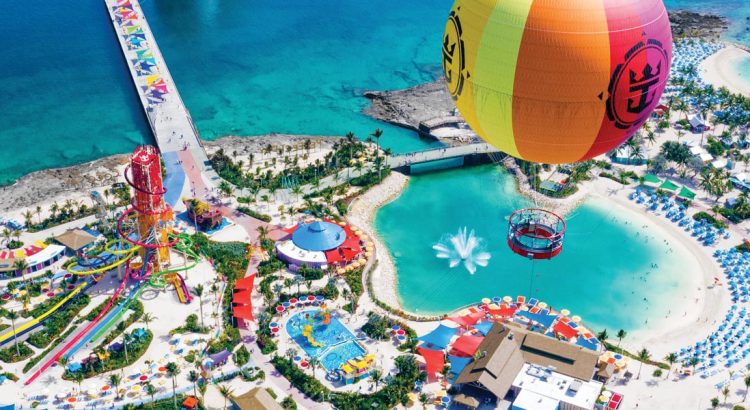 Just over three months after the inauguration of its new private island Perfect Day at CocoCay, Royal Caribbean doubles the time spent by customers by offering new four-night itineraries aboard the Navigator of the Seas and Mariner of the Seas.

The routes will provide two stops on different days on the Bahamas’ Island.

Royal Caribbean has scheduled about 40 “Thrill and Chill” cruises, the first of which will depart from Miami on September 30th aboard Navigator of the Seas, which will also be in three special departures with overnight stops on Perfect Day at CocoCay and will experience the new activities on the island.

This new activity comes from the strong enthusiasm received by customers in these three months. “PerfectDay at CocoCay has revolutionized private destinations in the cruise sector. Feedback is extremely positive and our guests tell us that they want more or more time and more proposals to spend time on the island,” said Royal Caribbean president and CEO Michael Bayley.

During these selected cruises, the Navigator of the Seas and Mariner of the Seas’ guests will have double fun and adventure at PerfectDay at CocoCay. They can choose to spend a day to activities and another relaxing on the white sand beaches, or to repeat the most exciting attractions: such as Daredevil’s Peak, the highest slide in North America; or the flight at 137 meters high in the Up Up & Away helium balloon; trekking on the island or relaxing on the edge of the largest freshwater pool in the Caribbean, Oasis Lagoon.

For the new routes, Navigator of the Seas will depart from Miami and Mariner of the Seas from Port Canaveral. Both ships will make a stopover at PerfectDay at CocoCay on the second day, they will reach Nassau, the capital of the Bahamas, famous for its beaches and coral reefs, the architecture of the British colonial era and the lively Junkanoo culture on the third day. On the fourth day, they’ll return to PerfectDay at CocoCay before being back to their ports.

The three special Navigator of the Seas cruises includes an extended stay on the private island (even at night) and attractions such as the Bahamian-inspired Junkanoo Jam Up Party, a barbecue and shows with calypso music bands, fire dancers and fireworks.