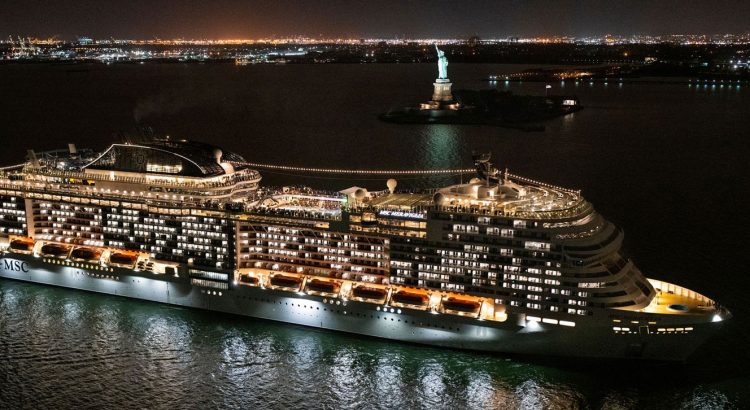 Another MSC cruises ship has reached one of the most fascinating destinations in the world: MSC Meraviglia debuted in October in Manhattan, New York City.

The ship, which has a maximum capacity of 5.655 passengers and a gross tonnage of 171.598 tons, has brought with it a new record: it is the largest unit to have ever made a stop in the Big Apple.

«MSC Meraviglia has planned from New York for three different itineraries that lead to discovering some of the most evocative overseas destinations – said Leonardo Massa, country manager MSC Crociere – The autumn in North America is one of the most suggestive show that nature offers, with the vast woodlands where the chromatic of autumn follow one another, ranging from red to brown, from orange to gold».

After New York, the ship will move to Miami to spend the entire winter season in the Caribbean Sea. MSC Meraviglia will join MSC Seaside and MSC Armonia which are based in Miami all year long and MSC Divina which is there seasonally, the country manager explained.

After having spent its inaugural season in Miami, the ship will return to sail in Northern Europe (from April to October 2020); then, from October 2020, the ship will carry out 10-night cruises from New York City to Canada and New England.

MSC Meraviglia will leave regularly for weekly cruises from Miami also in the winter season 2020-2021. The ship is one of the 16 units (awaiting the launch of the 17th ship, MSC Grandiosa, on 9 November 2019) of the company that sails all over the world reaching over 200 destinations and offering an experience on board with the unique European style.