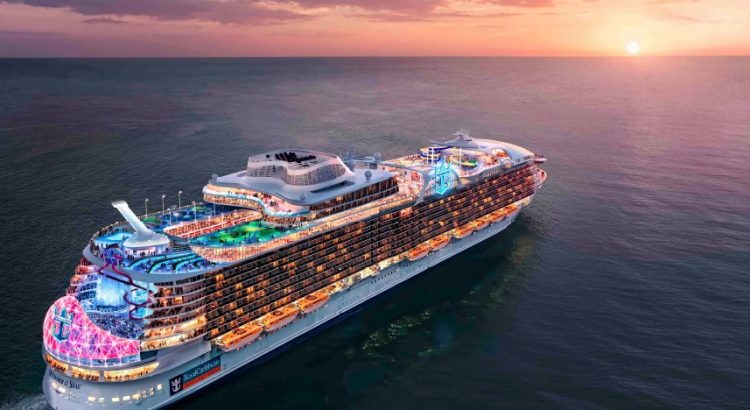 The fifth ship of Royal Caribbean International Oasis Class has a name and homeport: the wait is over and the company has announced that the new unit will be called Wonder of the Seas and it will depart from the port of Shanghai, China.

It was the president and CEO of Rccl Michael Bayley who revealed the details about the largest cruise ship in the world, during the conference held early October in Shanghai.

Wonder of the Seas will debut in 2021 and it will also be the first unit of the Oasis Class to sail in Asia and Pacific sea.

“Royal Caribbean is known for its skills in innovation and because it always manages to go beyond the imagination and an Oasis-class ship in China, is proof of this – said Bayley – Wonder of the Seas will redefine the concept of vacation, it will be truly revolutionary and will write one of the most important chapters in the future history of Royal Caribbean “.

October the 10th was an important day for the creation of Wonder of the Seas; in the Chantiers de l’Atlantique naval districts, in Saint-Nazaire, France, the keel-laying ceremony was held, which sets the official start of the ship’s construction work.

“Royal Caribbean International has been a leader in the Chinese market for over ten years, promoting the growth of the cruise market in the area – added Zinan Liu, president of Royal Caribbean Asia – The arrival of Wonder of the Seas represents a new era for Royal Caribbean “.

Soon we will also discover all the routes that the ship will make from Shanghai. Meanwhile, like the other four ships in its class, Wonder of the Seas will also have seven thematic areas on board, able to offer to passengers exciting experiences,  creative cuisine and high-level entertainment, thanks to the latest technology.

One thought to “Rccl, the fifth Oasis ship will be named Wonder of the Seas”