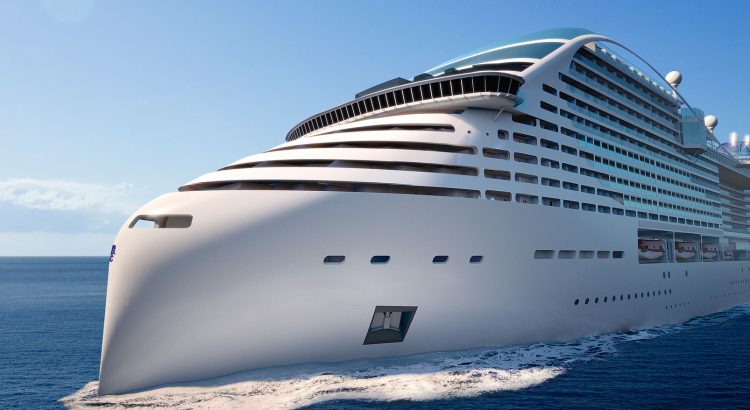 The ceremony of cutting the first sheet of the new ship MSC Europe was made in the Chantiers de l’Atlantique in Saint Nazaire (France); the ship will be the first LNG (liquefied natural gas) ship of MSC Cruises. The construction of MSC Europe, the first in the World Class category, will take place in French yards and the works will last about two and a half years. The ship is expected to debut in May 2022. Europe will be a true giant of the sea, with 205,700 gross tonnage and will have 2,632 cabins, which will be able to accommodate up to 6,761 passengers.

MSC Europe is the first of five fleet LNG ships – and is the first LNG ship to be built in France in the Chantiers de l’Atlantique. The World Class is the sixth class prototype developed by MSC Crociere, whose ships are characterized by revolutionary architecture, with high energy efficiency design, including a bow with a further improving stability for offering greater comfort to guests.

At the cutting ceremony of the first sheet, there was the executive president of Msc, Pierfrancesco Vago, who explained the project of the new ship in the name of sustainability: “From the beginning, MSC Cruises has taken on a strong commitment to minimize the environmental impact, both at sea and on land, thanks to the use of innovative solutions and effective technologies with which our ships are equipped – he said – With each new ship we improve environmental performance and the goal is to have a zero-impact fleet.”.

The environmental technology of MSC Europe

This ship will be able to reduce CO2 emissions by 20% and reduce consumption. Thanks to plug connections, it will also be able to use the electrified docks to eliminate the emissions in the port.

In conjunction with the cutting of sheet of Msc Europa, MSC Cruises and Chantiers de l’Atlantique presented an innovative research and development project called PacBoat that focuses on the integration of a new fuel cell technology. This system will produce electricity and heat using LNG. The integration of Sofc (Solid Oxide Fuel Cell) technology onboard a cruise ship is a world first.

This technology operates at very high temperatures (750°C) and is more efficient for marine applications than low-temperature hydrogen (Proton Exchange Membrane Fuel Cell, Pemfc) used for example in the automotive sector. This GPL-powered Sofc solution would reduce the emission of greenhouse gases by approximately 30% compared to a conventional LNG engine, without emission of nitrogen oxides, sulfur oxides or fine dust.