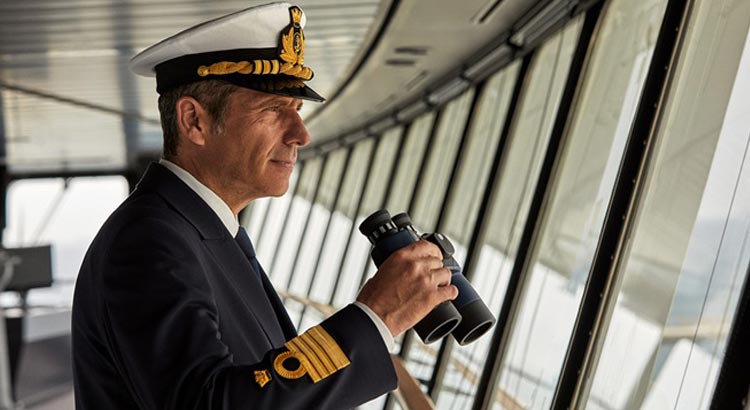 The new MSC Cruises campaign “Il mare oltre” (the sea beyond), is the first company’s global brand campaign, launched by the creative agency Leagas Delaney. In Italy it has been on air since yesterday 12 January at 9 pm on national television networks.

The spot was directed by Stuart Douglas and is accompanied by an unpublished soundtrack of Maestro Ennio Morricone with a sequence of images in which the ancestral relationship that has existed for millennia between man and the sea is represented: the way to discover new worlds.

Both the spot and the whole campaign also reinforce the commitment made by MSC Cruises for the respect of the sea and the environment, a goal that the company has been pursuing for years, investing in programs and advanced technologies to minimize the impact of its fleet and which since January 2020 has allowed it to obtain the carbon-neutral company certificate, thanks to the zeroing of the carbon footprint of the services offered.

“Il mare oltre is much more than a name of an MSC brand campaign: it celebrates all the characteristics of the sea, which is not only the element on which the ship travels to reach new lands and new places, but it is also a path that ignites the sense of discovery and enriches the baggage of our experiences – commented Leonardo Massa, country manager of MSC Cruises – and it is precisely for this reason that MSC Cruises has always paid particular attention to the sea”.

The new brand campaign is part of the MSC Cruises 10-year industrial plan presented in 2017, which will bring the fleet to reach 29 ships by 2027. In addition, the private island of the company inaugurated last December – Ocean Cay MSC Marine Reserve – represents a further help to strengthen the connection with the sea.

“Il mare oltre is what we find in all our actions because MSC Cruises has made a real alliance with the sea to use all the benefits that come from being close to the water and that can be experienced with senses – added Andrea Guanci, marketing director of MSC Cruises – It is a synergy that allows our guests to go further: beyond their emotions, beyond the delight of good food, beyond adventure and curiosity, beyond destinations. The sea becomes something more for every moment of the holiday “. The campaign celebrates the wonders of the sea and shows how the company allows guests to discover the world in a unique way, onboard cruise ships.

It was filmed on board MSC Bellissima, launched in March 2019, and will be broadcast worldwide in 30 countries, through traditional and social channels, reaching about one million people with 135 thousand minutes on TV.