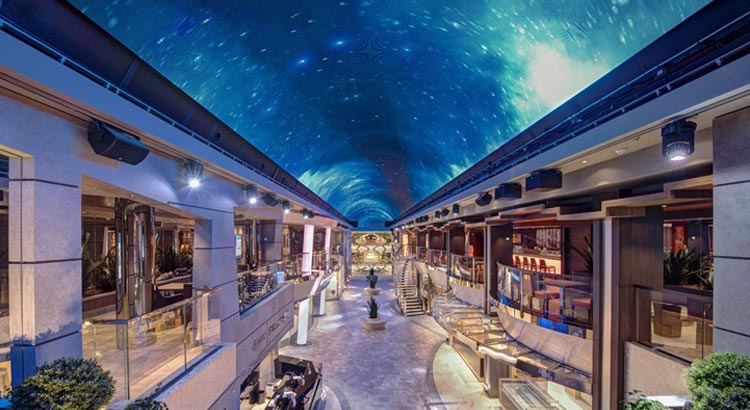 2020 will be another important year for MSC Cruises, with growing numbers and a great new entry: MSC Virtuosa, whose delivery is scheduled for next October.

Meanwhile, at the end of 2019, the technical launch of the ship was celebrated at Chantiers de l’Atlantique in Saint-Nazaire, the third event that MSC Cruises celebrated in a few weeks on French shipyards. The fleet saw the delivery of MSC Grandiosa and the ceremony of cutting the first sheet of MSC Europa, the first of five ships powered by liquefied natural gas (LNG), which took place at the end of October.

MSC Virtuosa, expected this year, is the second Meraviglia-Plus class ship (the first is the twin launched in November MSC Grandiosa) and is now in the yard for further works.

As per tradition, the maiden voyage for the new flagship will depart from Genoa in November 2020 with a 7-night cruise in the western Mediterranean. The winter season in the Mediterranean will be followed by Northern Europe to visit the Norwegian fjords and the capitals of the Baltic Sea throughout the summer of 2021.

Going back to the numbers, MSC Virtuosa will be the company’s sixth ship to enter service since 2017 and, like Grandiosa, will present cutting-edge environmental technologies including a selective catalytic reduction system (Scr) that reduces oxide emissions by 80% of nitrogen into the air, a hybrid exhaust gas cleaning system (Egcs) that cuts sulfur oxide emissions by 97% and a new generation wastewater treatment system (Awts). The ship, like the others newly built since 2017, will be equipped with an electric system that will allow connection to the local electricity grid to reduce emissions during mooring.

MSC Virtuosa will have – like its sister ship MSC Grandiosa – a long promenade with restaurants, topped by a 93-meter-long LED screen gallery, two exclusive shows of the Cirque du Soleil at Sea and in each cabin the first virtual personal cruise assistant in the world: Zoe.

After MSC Virtuosa, in 2023 there will be the third ship of the Meraviglia-Plus class fueled by LNG. The company is investing € 5 billion in the construction of five ships powered by liquefied natural gas. The other four will instead be part of the World Class whose prototype, MSC Europa, will enter service in May 2022.

All World Class ships, and also the Meraviglia-Plus prototype, will be built at the Chantiers de l’Atlantique shipyard in Saint Nazaire, France, as part of an industrial plan worth 11.6 billion euros, which will allow the current fleet of MSC Cruises to reach 25 units by 2027.