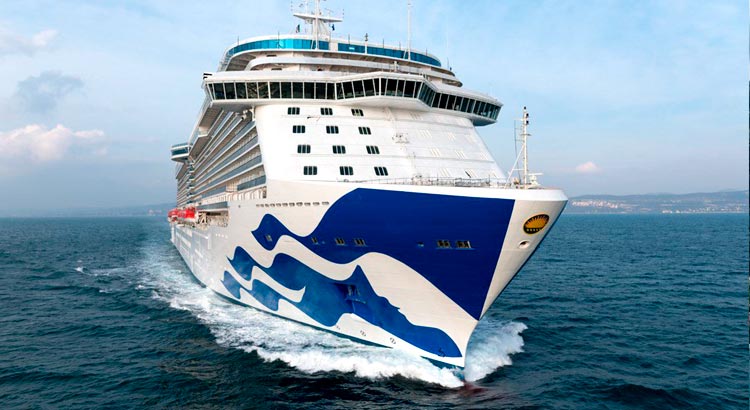 Princess Cruises company has received the new Sky Princess ship from the Fincantieri shipyard in Monfalcone.

The new flagship is the 18th unit of the fleet and fifth of the Royal Class; has 143,700 gross tons, can accommodate 3,660 passengers and is built following the design of its twins: Royal Princess, Regal Princess and Majestic Princess; but it represents an evolution of them.

Sky Princess is the first ship in the Princess Cruise fleet built specifically for the “Ocean Medallion Class”, a new technology related to the Ocean Medallion device, which offers a large-scale personalized service continually improving the interaction between staff and passengers.

Sky Princess has new features that will also be present on what will be her twin: Enchanted Princess, currently under construction in Fincantieri and scheduled for delivery June 2020.

Among these innovations, the Sky Suites, equipped with the largest balconies in the sea, which can accommodate up to 5 passengers and are centrally located with a 270-degree panoramic view.

Sky Princess sailed on October 20 for a 7-night inaugural Mediterranean cruise from Athens to Barcelona. After a brief season in Europe, the flagship of the US company will be positioned in Fort Lauderdale from where it will carry out a program of cruises in the Caribbean. It will return to Europe again in 2020 and will have Copenhagen as a homeport, from where it will depart for trips in the Baltic.

In Princess Cruises’ plans to upgrade the fleet, Enchanted Princess is expected to enter the market in 2020, Discovery Princess in 2021 and two more units in 2023 and 2025.

Princess Cruises, one of the most well-known and appreciated cruise companies in the world, is represented in Italy by Gioco Viaggi, Tour & Cruise Operator specialized in the cruise sector and in the representation, marketing and sales of cruise products in Italy for leading shipping companies. Founded in 1987, Gioco Viaggi distributes the Carnival Cruise Lines brands (the company’s core business), Princess Cruises, Holland America Line, Cunard Line, P&O, Seabourn, Windstar Cruises, Ponant, Variety Cruises and the river Lüftner Cruises.