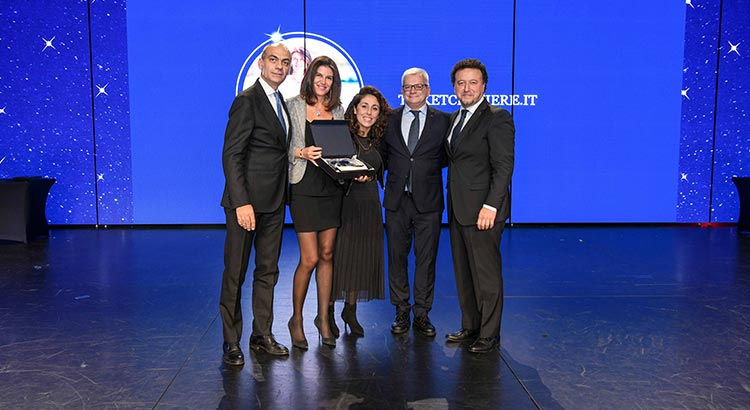 The 2019 edition of “All Stars of the Sea”, the usual appointment devised by MSC Cruises to reward the travel agents who achieved the best results during the current year.

And among these is Taoticket, with its Italian brand Ticketcrociere, which again this year had a leading role in the sale of MSC cruises.

For the event, the new ship launched on November 9th in Hamburg stopped exceptionally one night in the port of Genoa, from where the next day it took off for the first seven-night cruise in the Mediterranean. Almost 2,000 travel agents from all over Italy took part in the prestigious event, and together with the shipping company, they celebrated the achievements.

And for Taoticket 2019 can be defined as a record year, crowned also by this new recognition. The company of Nicola Lorusso – based in Genoa and which registered in the year concerned almost 20 thousand cruise passengers who booked their trip through Ticketcrociere, the Italian brand of the company – won the Msc Crociere award for the second consecutive year All Stars of the Sea for the Best Performer World Cruise category.

On the stage of the theatre of the new flagship – which is today the largest and “greenest” ship in the MSC fleet – in the presence of company management, travel agents and partners, Taoticket administration and after-sales manager Marina Delfino received the award. The awarding ceremony was introduced by the country manager Msc Crociere Leonardo Massa and conducted by the commercial director Luca Valentini with the sales director Fabio Candiani.

The Ticketcrociere portal is ever more an important reference point in the cruise sector in Italy and is distinguishing itself for its ability to propose and sell the World Cruise. Another strength of the brand is the MSC Yacht Club, a category for which it has been awarded several times.